So, I said I was burnt out previous week, but I didn't imagine I was going to feel like dying. So I decided to really take it easy and rest for the week. But now, back to the usual program! And for this week, I will talk about composing the theme/title music for the game!

What to use as reference

As I already discussed in the post about the graphics, it's very important to have references, so for this one I used mainly Geometry Wars, since, well, it IS the main inspiration for this game:

Another video that helped guide me was this demo from Sam Matla, of EDM Foundations, check it out if you want to see more hands-on composing! On a side note, a lot of my process is going to be similar to this video, not only because I used it as reference, but it IS a common way to approach music composition.

For people who are already familiar with composing this probably won't come as a surprise, but I start a composition with only the piano. The piano has the full range of notes to work with and has a more... neutral sound, if we can call it that, so it's very good to build what is the foundation of a music. First I decide the tempo and the key for the piece, which, of course, can be changed, even in the middle of the music, but I decided to keep things simple to not consume too much time, otherwise I would spend the whole development time on composing =p. Anyway, for the theme music, I decided to go with 160bpm and C minor. With that established, it was time to create the harmony, or the chord progression. Again. nothing too crazy, but should be at least exciting. Then, on top of it, a melody to accompany. The melody can't be too crazy because the music is supposed to be more ambient, but it should stand out a little, since it's the title screen. For other pieces of the project the melody will be even less apparent.

Another thing to point out is that this song has two parts to it, but I started composing only for part A, going for part B after the structure of A was done.

Next, was deciding the instruments I wanted and getting the beat. This, for me, is actually what takes the longest. Since it's an electronic music, I went with only synths, but I'm not proficient with instrument creating (yet!), so I tried to use different libraries for Synth1 mainly. It's kinda like going through what to watch on Netflix, there are so many option, but you can't find the exact texture you are looking for, but eventually you find something like what you want, and, since it's a synth, I could adjust the parameters to sound more like what I wanted. 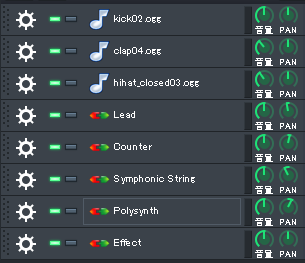 With the foundation built and the tools selected, it's time to actually construct the music! First I create the patterns for each instrument or section, and basically paint the song editor.

Once the arranging is done, I start working on the polishing of the sound itself, in other words, we start mixing everything. First is adjust the sound level of each channel. Then, pan them to "spatially" distribute them. Then, to keep the effects simple, I mainly used some filters and EQ to keep all the instruments in comfortable ranges of frequency, giving space to each other so everything sounds clear. Lastly came the mastering, which I just give the finishing touches on the master channel. 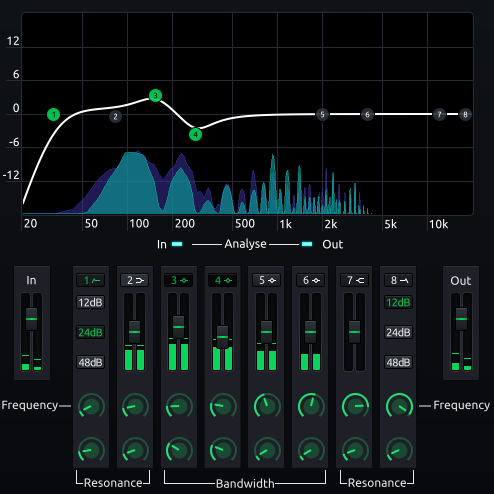 With everything done, it was time to export, amplify, cut for the loop, and put it in the game!

Also prepared another version for uploading in Soundcloud, in case anyone wants to listen to the soundtrack:

In this post I tried to show my composition process. It's not something out of this world, but I hope this helps showing how music can be created, and that having a framework to the creative process helps structuring your ideas, to then build a great product!

I hope this post was fun, and that you enjoyed my music! I will be uploading the other musics composed for the game soon, so if you liked the soundtrack feel free to follow my Soundcloud account~ For the next week I will be doing a post mortem, since I expect to finish this project by then! Stay tuned~